I’m not going to lie.. Today was pretty miserable. It poured down rain & was absolutely freezing the entire day, and we were outside the whole time.. After stepping in what felt like lakes of water, my shoes soaking wet & freezing, I was ready to call it a day. I was glad when I found out I wasn’t the only one thinking the same thing.. We ended our day a few hours short because like I said.. it was just absolutely miserable. Our leader, who has been every year for 11 years, said he has never seen weather this bad (cold), and he has actually never seen it rain in Israel more than 10 minutes.. It was just craziness.

BUT thankfully, we did get to visit the places we wanted to. We spent our day at the Old City of Jerusalem. We visited the Temple Mount (believed to be the place where Pilot presented Jesus), Dome of the Rock & Al-Aksa Mosque, one of the holiest sites in Islam & former home of the ancient Jewish Temple. We saw the Pools Beit Hasda, Crusader Church of St. Anne & the holiest place in Judaism today, the Western Wall. We went through the many layers of Jerusalem’s past through the Western Wall Tunnels & stood on the site believed to be the nearest spot to the “Holy of Holies.”

These pictures are all over the place.. Like I said, this day was crazy.. 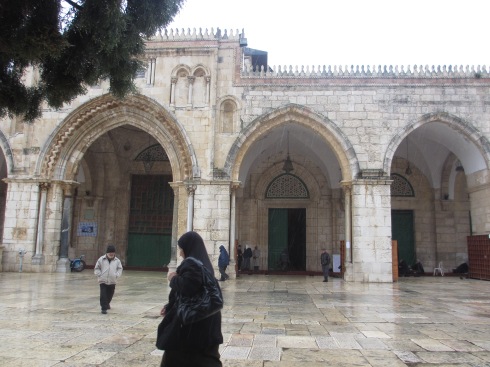 Dome of the Rock. We couldn’t go inside because we aren’t Muslim. 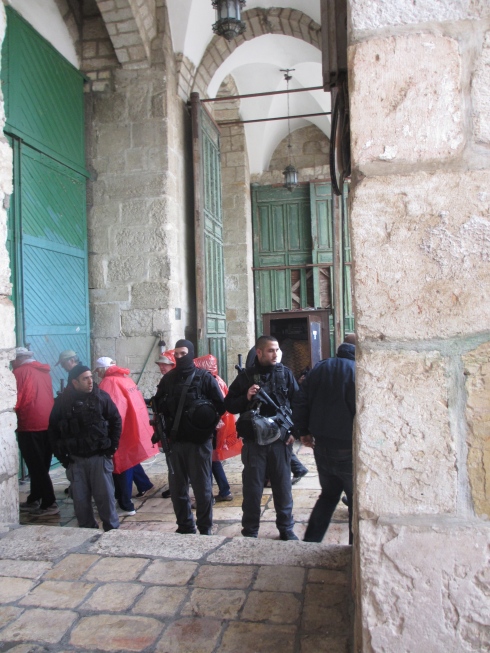 On the bright side, we got to go into some underground tunnels, so how cool is that?! 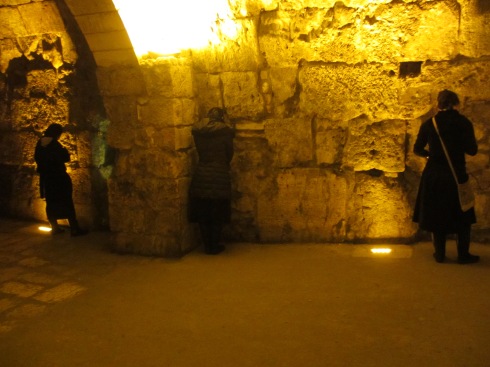 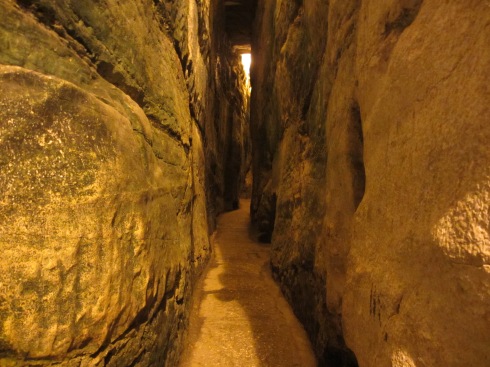 We followed the Via Dolorosa to the Church of the Holy Sepulcher.

Below these lantern things is believed to be the stone that Jesus was laid on. 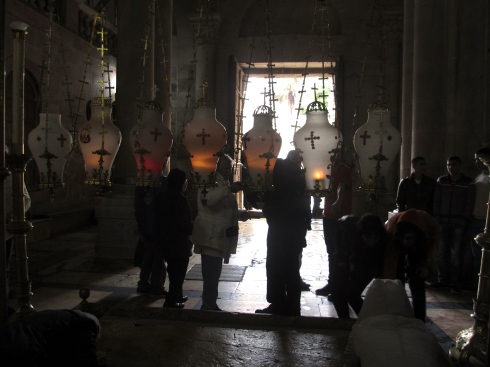 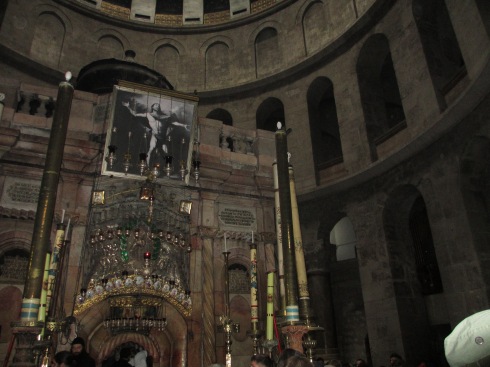 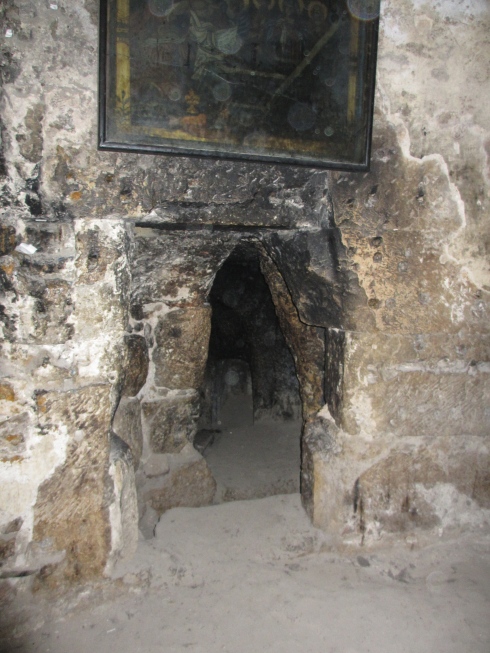 Before we left, we visited the Western Wall, a really popular, thought to be holy, significant place. There are hundreds of people praying here throughout the day, and even more on the Sabbath. People come from all over the world and write their prayers down on a piece of paper, roll it up, and stick it in the wall. Thankfully, we know that have access to God through Jesus, and no matter where we are praying, we can be confident that He hears us. There’s nothing special about this place that makes the Lord hear us better or makes us more holy or anything like that. But for tons of people, this place is very significant and they come here every day to pray.

Thankfully we were inside for a whole .2 seconds..

How cute are they!? 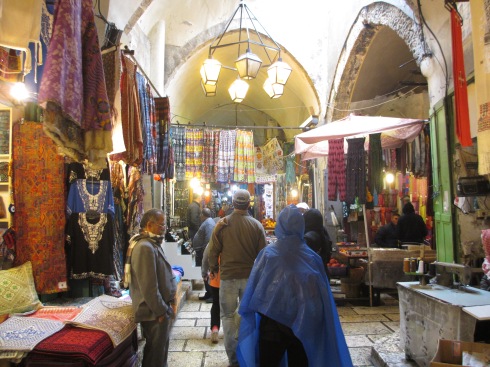 When I told them to make a face reflecting how their day was going:

I think this picture is hilarious because it just shows how miserable we all were.. Hahaha 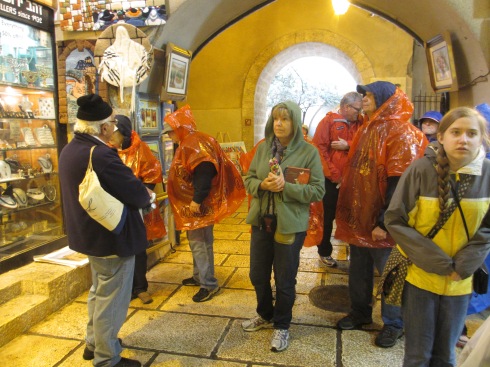 Even though the weather was a bummer today and we didn’t get to have a lot of teaching time at all, it was still a good day (mostly when we all found out we were going back to the hotel early.. haha). But seriously, I’m in Israel.. How can I complain!? Once we got back around 4, I got to spend some sweet time with Jesus and eat a pizza. Now that will make any bad day better. 🙂

Today we prayed specifically for Iraq; please join us!