Today started off with a couple short stops, then to the Israel Museum.

Original Dead Sea Scrolls!! (They were found by a young shepherd boy in the 1940s I think.. just less than 5 miles from where we stayed one night.) These provide proof of the Old Testament.. even though God’s Word needs nothing to validate itself, it’s still pretty awesome. 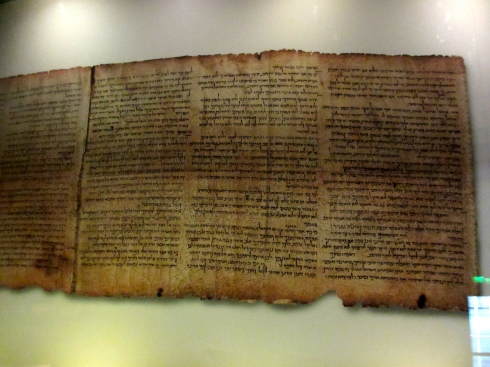 So crazy! I ran into someone else I know! I met & have only seen this friend in Nepal, and saw him here in Jerusalem! How weird! We’ve yet to see each other in America.. 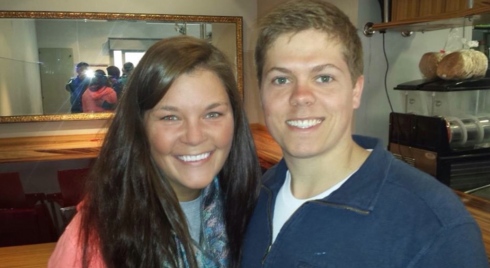 On to Bethlehem, birth place of Jesus.. (This will definitely give me a different picture when I sing all of those Christmas songs about the birth of Jesus in this place.) 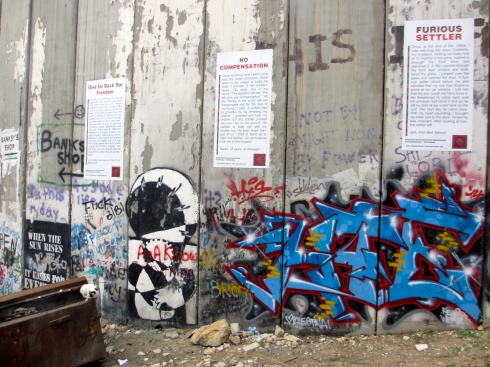 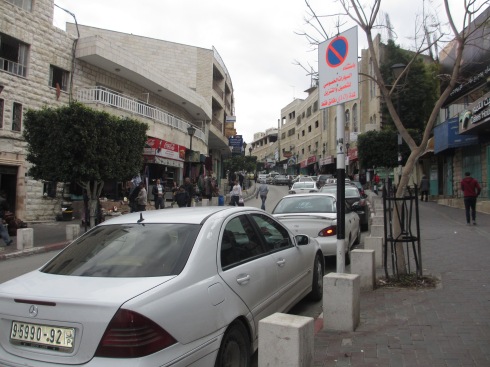 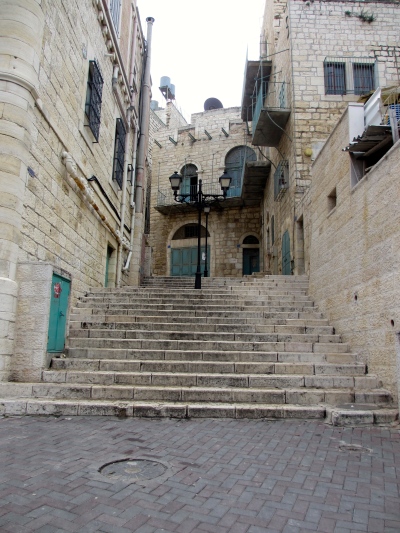 Waiting in line for an hour & a half to enter the cave at the exact location where Jesus was born..

The original stone floor of the (now) Church of Nativity, the oldest church in the world still being used today. This church is owned by 3 different religions, Roman Catholics, Greeks, and Armenians. All 3 have services here throughout the day, every day. 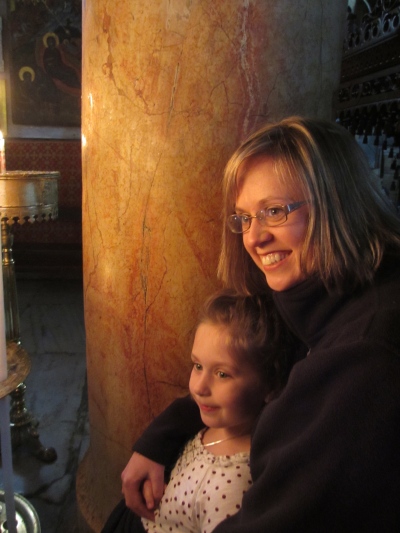 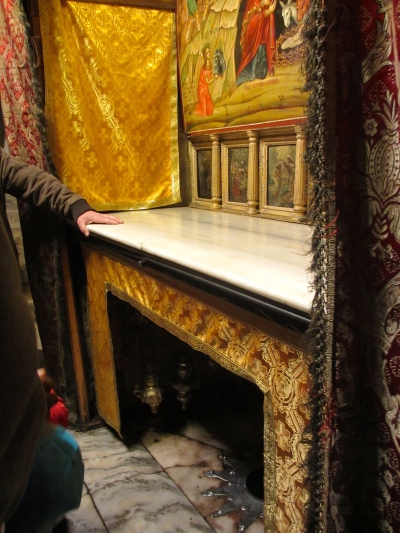 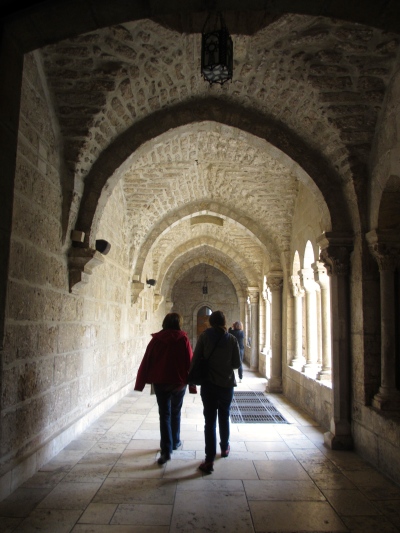 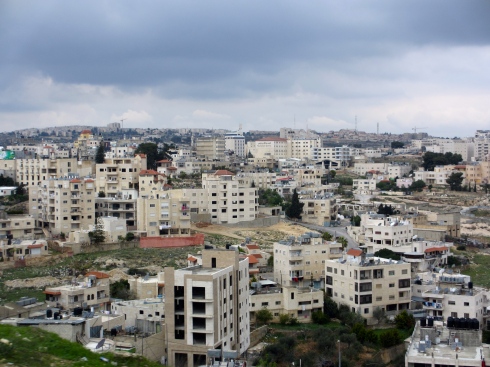 Okay people, this is worth documenting! My first Israel meal that was actually Mediterranean food! It’s called chicken shawarma. Okay, so I got it completely plain with just chicken in bread, but it’s a start, right??

and some kind of dessert that I kind of, sorta liked.. (don’t judge my ugly finger nails, I’m in Israel, ok) 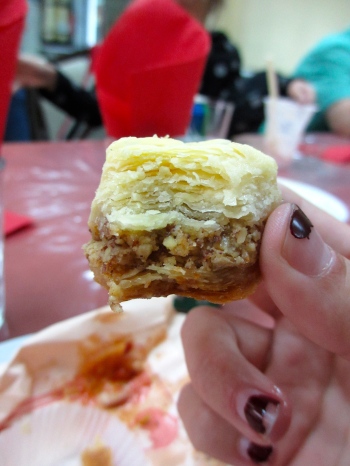 We made a quick stop to the Shepherds Field where we talked about the incarnation of Jesus. We read Luke 2:1-21 and Philippians 2:5-11. A lot of times when we think of the birth of Jesus, we think of a barn or stable with hay & wood, but in actuality, all around Him was stone/ rocks.

Next we went to the Garden Tomb. Some believe this is where Jesus’ tomb was, but that is most likely not the case. The church of the Holy Sepulcher is much more likely to be the location. The real purpose of this place is to give a mental picture, to show a model of what it would have looked like, with the tomb the way the tomb would have been. But again, just like I said in a previous post, the exact location of the tomb is pretty irrelevant. He’s not in it, He is RISEN! We don’t need proof.. His Word is enough.

I’m really thankful that “the tomb” is empty, that Jesus is alive, and that He is coming back!! 🙂 I long for that day!!

We took the Lord’s Super here. Such a sweet, sweet time reflecting on the cross and the Gospel. Being in Israel has been awesome, and I’m thankful that this isn’t just a place with a lot of history and made up stories, but that Jesus really is who He says He is, that He did what His Word said He did here, and that He’s going to do what He says He’s going to do. I’m beyond thankful for what God accomplished through Jesus is this place, and that in Him fulfillment for everything is found! 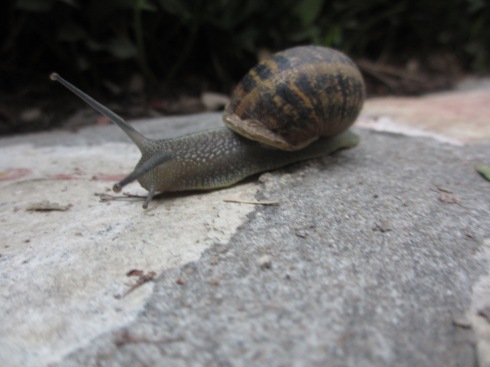 Our last stop for the night was the IMB prayer house. Missionaries live & come here often for rest and encouragement. This is also where It Is Well’s writer’s family lived. We sang that song here. While we were there, a believer from the Czech Republic, a pastor at a church in Nigeria, and a missionary from Thailand came by. The pastor in Nigeria told us about how people are dying, getting their kids taken from them, kicked out of there communities, and losing their families where He is pastoring because they are deciding to trust in & follow Jesus. The Lord reminded me here how small I am, and how big He is! There are people following hard after Jesus all around the world, in places where following Jesus costs them everything (some, even their life)! Yet still, it is well.. because He’s worth it all.

They have a huge prayer room with maps and encouraging signs and prayers filling the walls. It was good to stop, reflect, and pray here. 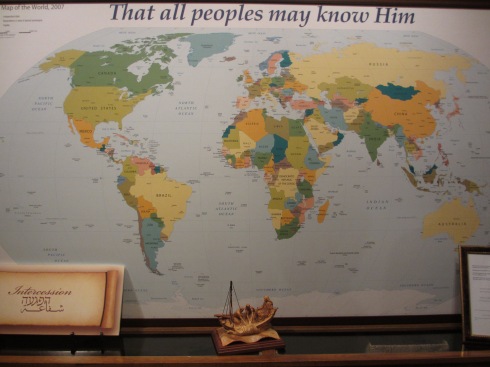 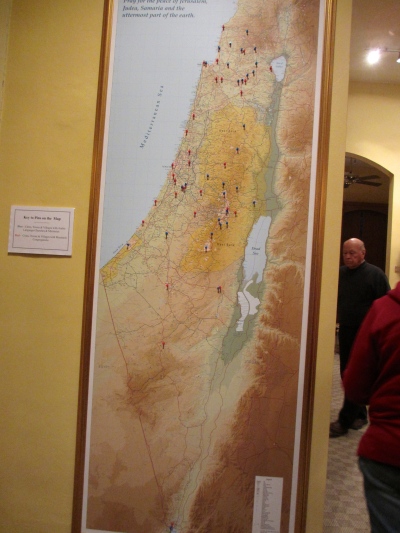 Tomorrow is our last day, and I don’t even want to think about leaving 😦